We stock a range of sizes of pipe, to both ASTM A106 GRADE B and API 5L specifications.

Whilst we primarily supply carbon Steel, we also hold some stainless stock.

To see if we can help with your steel needs, please contact us for a quote. Manufactured flanges to your specialised specifications. Appreciate our years of experience – exporting goods all over the world

In December 1974, Arran Pipeline was founded in Warrington, Cheshire. The company supplied carbon steel pipe to the oil and gas industry, and quickly built a reputation for product knowledge, competitive pricing and excellence in customer service.

As the company grew, it was decided to build its own warehouses and offices on its site in Warrington to accommodate expansion growth. Arran now has over 38,000 sq. ft. office and warehouse space.

In 1989 Arran opened a branch in South Wales, primarily to service the Port Talbot steelworks. As this branch became successful, it moved from Swansea to Port Talbot to be closer to its customers. Customers can stop in and collect flanges, fittings and valves.

In 2014 the business was acquired by the FDL Packaging Group, a company with family connections to Arran. The business therefore remains family owned.

In August 2020, we purchased the business of Collister & Glover, a leading plumbing and engineering supplies merchant based in Deeside, North Wales. We feel there will be plenty of synergies involved, which will ultimately enable us to deliver better value to customers.

We remain the largest purely British owned company in our field. Arran Pipeline Supplies Ltd has for many years been exporting goods all over the world, and has its own subsidiary case making facility and export shipping department, with ISPM 15 certification.

We have three regional offices spread across the UK What makes us stand out?

Here’s a few reasons why we feel that Arran stand out from our competitors.

With over 45 years experience, you’re in safe hands

With our ISO 9001 (2015) conformance, you can be assured of our quality and reliability

Want to know more about what we offer …

Arran Pipeline Supplies Ltd seeks a determined, hard working, professional internal salesperson for its Deeside branch. Based in our offices in Deeside Industrial Estate, North Wales, you will deal with existing customers and work on obtaining new ones. Monday to Friday, 9am to 5pm. Starting salary […]
by Arran Administrator
on May 17
Read more 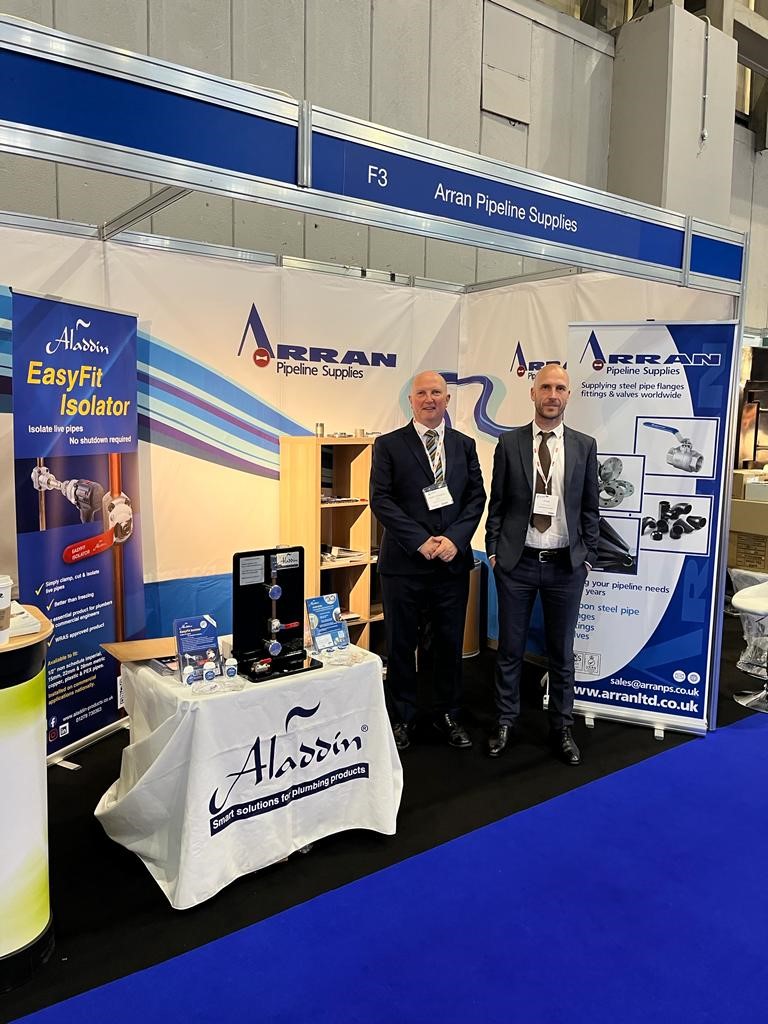 Arran Pipeline Supplies Ltd seeks a determined, hard working, professional internal salesperson for its Warrington branch. Based in our offices in Sankey Bridges, you will deal with existing customers and work on obtaining new ones. Monday to Friday, 9am to 5pm. Starting salary plus benefits. Bonuses. […]
by Arran Administrator
on May 9
Read more
See all posts

This Web Site is wholly owned and managed by: Arran Pipeline Supplies Ltd

We are committed to clarity in pricing which is unambiguous although this Site does not contain any pricing information.

Manage Cookie Consent
To provide the best experiences, we use technologies like cookies to store and/or access device information. Consenting to these technologies will allow us to process data such as browsing behavior or unique IDs on this site. Not consenting or withdrawing consent, may adversely affect certain features and functions.
Manage options Manage services Manage vendors Read more about these purposes
View preferences
{title} {title} {title}